If your life were a movie, what would its soundtrack be like? What songs, instrumental pieces, and other sound effects would be featured on the official soundtrack album?

I don’t know. This is the most recent playlist I created. I wouldn’t get it right, the soundtrack for my life. People I meet mostly dislike my taste in music. As a matter of fact, sometimes I look at some of CDs I have, and even I don’t like them anymore. I am fickle. I am curious, and I explore a lot of types of music. I fall in love with something, but then I move on quickly.

I mean: There is some music that I like that I know is good: I love Led Zeppelin. I like the jazz greats: Charlie Parker, Miles Davis, Ahmad Jamal, John Coltrane, Billie Holliday, Anita O’Day, Sarah Vaughan and so on. This guy from Brazil, Caetano Veloso, is my favorite singer.

If somebody decided to make a movie about my life, it would probably happen after I die. Someone else would have to pick the songs. I have no idea how someone would look at my life and pick a soundtrack.

Maybe there are some events that have yet to happen in my life — that will determine my soundtrack. 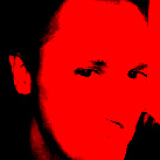 It eels what it eels.

3 replies on “Soundtrack? For me?”

Today my soundtrack would include, “The Wheels on the Bus go Round and Round.”

[…] Songs – Play list 1 Cue the Violins: The Soundtrack of My Life (if my life had a soundtrack…) | who caresSoundtrack? For me? It’s a Wacky Life, But Lots of FunWhat difference would hands make? SERENDIPITYSO LONG, […]

Maybe there are a couple of songs you love much, or played an important part in your life (first dance at prom, first kiss those clichés can help you think an come up with songs you’ve forgotten about). It’s okay to pick a lot of different songs since you’ve changed and your taste in music changed with you apparently.